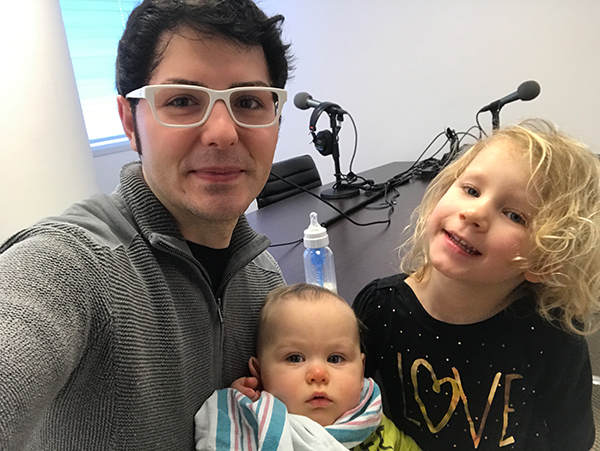 After writing my last blog on celebrating Mother’s Day as a gay father, I realized that there was so much more I wanted to say regarding gay parenting. In addition, it’s Gay Pride Month, and I want to celebrate by talking about my greatest source of pride: my family.

I am confident with myself. I am confident with my sexuality. I am confident with my “nontraditional” family. I don’t care if people stare at Adam and me holding hands, or embracing at our favorite restaurant. I really don’t. And neither does Adam. As a gay couple, this is enough. As parents, however, it’s not enough. It’s not just about us and how we view ourselves; it’s about our children. Any parent will tell you that when your child is born, they matter more than anything else possibly could. This is true for straight parents, and it’s true for gay parents.

After Sophia was born, parenthood became real; the fear became real. Seeing that child for the first time and feeling that love for the first time is amazing- it’s also the scariest thing in the entire world. I was concerned about everything. We knew that Sophia would always be fed and that her diaper would be kept dry. That we could control- but what about things outside of our control? We worried about things Sophia couldn’t tell us: Did she need a maternal figure? Did she crave breast milk? Was she crying because she needed us, and not because she was hungry? Did we show her enough love that day?  We worried about a lot of things. Most of all, we worried about her happiness- her happiness now and later. We knew that, eventually, Sophia would make friends. We also knew that those friends might have questions about her family, questions about her dads. As gay men, we’re used to explaining ourselves and our relationship- but we weren’t used to the idea of our child having to explain herself. Would she be bullied? How would she explain having two dads in a hetero-normative society? Would she be angry with us for bringing her into this world? Were we selfish for raising a child as two gay men?

We decided, aside from showing her love and attention, that we would educate Sophia on our family, our differences, and what makes us special; we believed, and still believe, that communicating openly with your children promotes confidence and a strong sense of self. From an early age, we taught Sophia about all types of families, about all types of love. We read books and told stories depicting families with two dads, two moms, a mom and a dad, single moms and dads, you name it. We never sugarcoated anything. We explained that other families might see our family as different. We told her that many, perhaps most, of her friends will have a daddy and a mommy. We explained that some of those friends might have questions. Together, we formulated an answer, a response, to any probing questions Sophia might face. We call this her “script.” As a gay parent, I heavily believe in preparing your child for the world, and how the world might view them. The “script” is part of that lesson. As adults, we have a clearer view of society. We know that gay families might be subject to judgement. We know that people might not approve. Children don’t know these things. They need some guidance, some preparation for future inquiries regarding their family. Right now, Sophia’s script is simply, “I don’t have a mommy. I have two daddies.” She doesn’t feel the need to explain her family beyond that, and that makes us proud. We know that as she continues to grow, her script will continue to develop and change. To be honest, though, I kind of hope it doesn’t. I like that Sophia doesn’t feel the need to explain our family for more than what it is- a family with two dads. 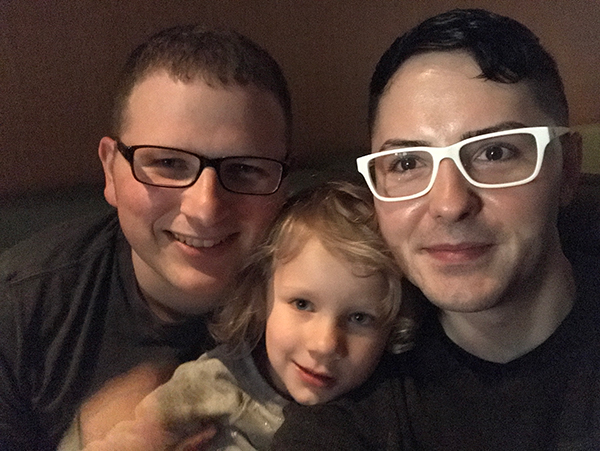 At this point, Sophia hasn’t met other families like ours. Everyone she interacts with has heterosexual parents. That’ll soon change. Later this summer, we’re going to CampOut Family Camp, a weekend event for gay families. It’ll be Sophia’s first time experiencing other families like ours. At CampOut, Sophia’s differences will become similarities. At CampOut, she won’t have to use her script. For once, Sophia might have questions of her own. She might wonder why that boy has two mommies or why that girl has two daddies just like hers. We’re excited to answer those questions for her. As of right now, Sophia does not believe us when we explain what she’ll experience at CampOut. She laughs and says, “No… no one has two daddies like me.” Sophia’s so accustomed to being unique, she simply can’t imagine anything else. We’ve taught Sophia about other gay families, and ultimately, she knows they exist- but I guess she won’t truly believe it until she sees it.

Honestly, I’m excited about CampOut for my own personal growth as a gay parent. Adam and I don’t have many gay friends with children, and we’re excited to hopefully make some. We want to learn about how they’re raising their children, about how they’re preparing their children for the world. There is a family that we’re especially excited to meet. The family is comprised of two dads and a young boy close to Sophia’s age; we’re hoping that Sophia and this boy become friends, and that us and his parents become friends, as well. We want friends we can relate to, friends we can learn from, and friends we can grow with as parents and as people. We need all the support we can get, and finding it in our own community would be wonderful.

Needless to say, being a gay parent isn’t easy. Being a parent, in general, isn’t easy. There are things you can prepare for, and things you simply can’t. As a parent, we want to be the best example, coach, nurturer possible. Sometimes we fall short. Sometimes we succeed. And sometimes we’re not sure what happened or what the outcome was. All we can do is continue to try and continue to love our children. After Silas was born, the worrying returned. Some of the worries are the same as before. Others are different. Sometimes, the worries cloud my head and I can think of nothing else. And then I look at Sophia, and many of those worries disappear. She is happy. She is confident. And that means I’ve done something right so far. Gay, straight, whatever, I’ve done something right. 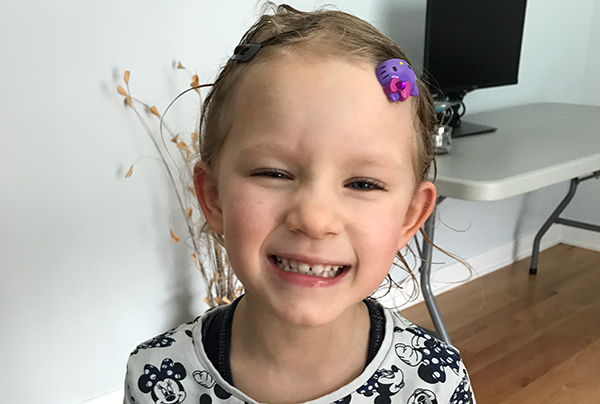 
Next Post →
Surviving Mother’s Day as a Gay Dad

Pregnancy to Parenthood: An Interview with Amy Riley, Author & Pregnancy...
Scroll to top

This site uses cookies. By continuing to browse the site, you are agreeing to our use of cookies.

We may request cookies to be set on your device. We use cookies to let us know when you visit our websites, how you interact with us, to enrich your user experience, and to customize your relationship with our website.

Click on the different category headings to find out more. You can also change some of your preferences. Note that blocking some types of cookies may impact your experience on our websites and the services we are able to offer.

These cookies are strictly necessary to provide you with services available through our website and to use some of its features.

Because these cookies are strictly necessary to deliver the website, refusing them will have impact how our site functions. You always can block or delete cookies by changing your browser settings and force blocking all cookies on this website. But this will always prompt you to accept/refuse cookies when revisiting our site.

We fully respect if you want to refuse cookies but to avoid asking you again and again kindly allow us to store a cookie for that. You are free to opt out any time or opt in for other cookies to get a better experience. If you refuse cookies we will remove all set cookies in our domain.

We provide you with a list of stored cookies on your computer in our domain so you can check what we stored. Due to security reasons we are not able to show or modify cookies from other domains. You can check these in your browser security settings.

We also use different external services like Google Webfonts, Google Maps, and external Video providers. Since these providers may collect personal data like your IP address we allow you to block them here. Please be aware that this might heavily reduce the functionality and appearance of our site. Changes will take effect once you reload the page.